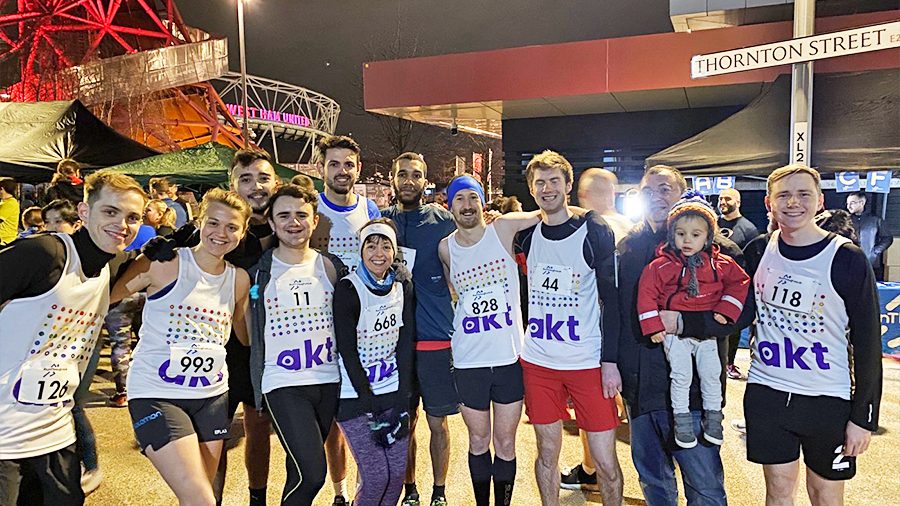 AppianPride was the second employee-led affinity group to launch within Appian back in 2017. And while the mission has had minor tweaks over the last 3 years, the group’s premise has remained fairly the same: to celebrate and foster a safe, equal, and affirmative environment within the larger Appian community and beyond and also to attract, retain, and develop employees within the LGBTQ+ community.

As Appian grew and more people grew involved with Appian’s Affinity Groups, a formal board structure was introduced, but engagement slowed down throughout 2019. Kicking off 2020, the group had two goals: to expand the board and to increase the number of initiatives AppianPride could run.

In this blog, AppianPride’s Presidents for the U.S. and EMEA share what they were able to achieve throughout 2020 once establishing a full board filled with 7 new members across the world.

Quinn Brossay joined Appian in 2019 as a Consultant for Appian’s Customer Success department based out of our Northern Virginia headquarters. She is the President of AppianPRIDE for the U.S., where AppianPRIDE was first founded. She partners closely with Johnny, and the board to develop programming for employees both based out of Appian’s HQ in McLean, VA and across the U.S.

Johnny Allain-Labon also joined Appian in 2019 and is a Consultant for Appian’s Customer Success department based in the United Kingdom. He is currently the President of AppianPRIDE for EMEA, where he is proudly involved in raising awareness of the group’s mission and creating events for employees both within the London office and across the EMEA region.

In the month of February, employees from our London office gathered to celebrate LGBTQ+ history month. We wanted to use the time to not only raise awareness of the LGBTQ+ community within Appian, but to make an impact on the wider community outside of our organization.

We started the month with a kick-off breakfast which included a talk from akt, a charity with a focus on supporting LGBTQ+ youth facing homelessness in the UK. Later that day, we followed up with a 10K fundraiser run around the Olympic Stadium. Fun fact: this stadium was used to host the 2012 Olympic Games! Overall our runners raised £1,589 (over $2,000 USD) for akt, as well as setting some personal bests (36 minutes 21 seconds!) along the way.

In the summer of 2020, our Campus Recruiting team reached out to AppianPride to partner on Appian’s Diversity, Equity, and Inclusion initiatives on college campuses. We collaborated with Campus Recruiting and AppianHeritage to assemble two panel discussions for students, each of which consisted of 3 members of AppianPride, and an Ally as a moderator.

The goal of the discussions were to provide a space for our employees to be open, vulnerable, and honest with their experiences of being LGBTQ+ in the workplace and to share their personal experiences at Appian. Our speakers wanted to show students the value that they can bring wherever they end up after school, and to not take themselves for granted. The events were undoubtedly a success in this — there were more than 20 attendees across the two panels, and one attendee will even be joining Appian next year!

November 20th is Transgender Day of Remembrance, and we were keen to raise awareness within Appian as we have never hosted a training around Trans education before. We partnered with Gendered Intelligence, a trans-led charity in the UK, to host a virtual International training for all of our employees.

The training covered a variety of topics, including definitions of trans and non-binary identities, the laws protecting trans people, and best practices for the workplace. Some key takeaways included using gender neutral language with people until you know their preferences and adding your pronouns to your email signature or when introducing yourself. Overall, the training was, in our opinion, quite a success, and it was inspiring to see attendees from all different teams across Appian join.

Attendees at our Trans Awareness training with Gendered Intelligence

On December 9th, AppianPride held an event called “Want to be an ally? (Or help one out?)”, which was presented by Straight for Equality, a program of PFLAG national. This was the third time Appian has partnered with PFLAG to host allyship training, so we were excited to welcome them back again this year.

The goal of this event was to give LGBTQ+ allies (non-LGBTQ+ people who support LGBTQ+ rights) a better understanding of why they are needed, and empower them to become more active and make more of an impact. This event also aimed to help allies understand why their allyship is important in the workplace, and the challenges that still affect LGBTQ+ people at work. Although we recognize that there is always more work to be done, we were encouraged by just how many Allies at Appian are willing to do that work!

Ally Training with Straight For Equality

As we write this blog post, we are still in the midst of mapping out what we hope to accomplish in 2021. What we do know is that we have an incredible board filled with familiar and new faces, and we have a spreadsheet full of ideas and events we could run. And with this board, our mission will be to continue to focus on our goals of engaging the Appian community with PRIDE, educating our peers on LGBTQ+ issues, and reaching out to the wider LGBTQ+ community. We can’t wait to show you what we come up with!