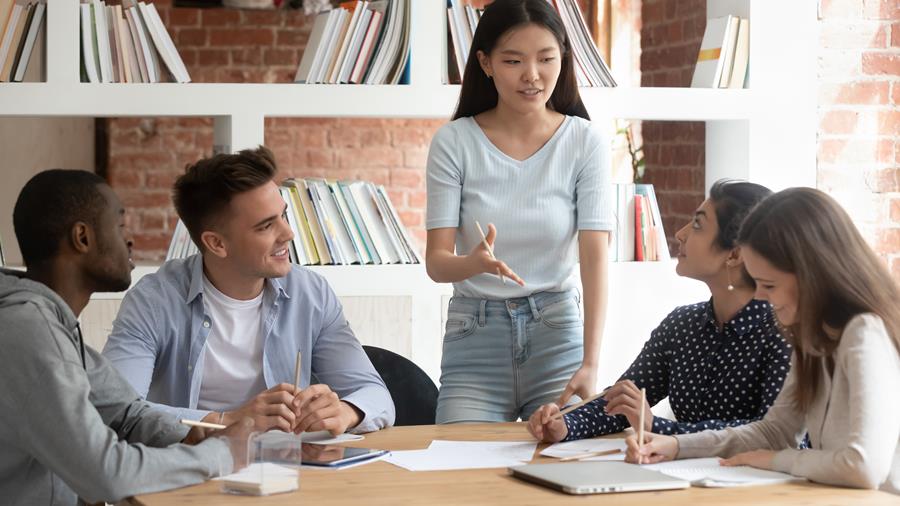 Hi! I’m Samuel, a rising senior at Duke University double majoring in Electrical Engineering and Computer Science. I’m a Software Engineer intern at Appian this summer, and I’m loving it!

Tell us about your Appian story! How did you find us?

Not even a full month into my freshman year, I walked into my school’s career fair severely underdressed, carrying too many copies of my resume, and with no real goal in mind other than to get free T-Shirts. Most companies saw right through my ploy and were quick to make it clear that they were looking for juniors, even if a few humored a naive question or two.

So, it came as a surprise when Julia from Appian not only spoke to me for more than a minute, but genuinely showed interest in my resume and my coding experiences from high school. That left a great impression on me. It was clear that Appian takes the time and effort to look at and care about each individual’s potential. (And, of course, the free T-Shirt didn’t hurt.)

The “Let’s Get Digital” shirt was one of the first I got, and it’s still my favorite.

I kept talking to Appian at career events over the next couple of years, especially since they’re one of the top tech companies in DC, where I’m from. Junior year, I learned that Austin, an Appian employee and alumnus of my fraternity, was helping recruit at the career fair. I went to say hi to him and was offered an on-campus interview right then and there, which drew me more towards Appian.

Super Day at HQ sealed the deal for me, especially since every candidate is interviewed by one of the founders — even for a summer internship. Those 10 minutes with Bob Kramer were some of the most exhilarating moments of my life. I couldn’t have been happier when I got the offer for an internship this summer!

Tell us about the team you’re on this summer.

My amazing team (or “squad”, in Appian lingo) is called Test Infrastructure Engineering, or TIE for short. Our squad is Star Wars themed because, you know, TIE Fighters, so it’s been a lot of fun to rock the theme.

To explain what we do, we’re working on creating a Selenium-based automated system testing framework for Appian. What does that mean, you ask? Well, when other engineering squads write code, they can write tests using our framework to make sure their new code didn’t introduce any new bugs. It’s totally radical to watch a Chrome window pop up and start navigating through Appian as though a ghost was at your keyboard, but really it’s just running a test you wrote in a framework you’re helping create.

The team itself is amazing. We meet for stand-up every morning and usually have some sort of design, progress, or retrospective discussion later in the day, but the team is super willing to hop in a quick call anytime to mimic what ad-hoc white-boarding would be like in the office. Everyone on the team is so smart, approachable, and friendly, which made it really easy for me and my fellow intern Logan to get up to speed in just a couple of days. I felt like I was making serious contributions within a week or so!

What work are you most proud of thus far at Appian?

My proudest achievement so far has been my contribution to the design discussion of how to package and allow other teams to run our application. I was able to build on my knowledge of Docker from my robotics team at school to redesign how an end user would interact with our framework, and even got to code up the first version of my idea. Being able to ramp up so quickly was an awesome feeling and another testament to how great my team is.

Sitting on the intern panel for interested freshmen in the First-Year Forward program was another proud moment since I love being able to help guide people to great experiences, like the one I’m having this summer!

You may think that having three monitors is overkill, but don’t knock it ‘till you’ve tried it.

Any advice for future interns that join us?

Get involved and ask questions. Don’t be afraid. The questions I’ve been nervous to ask have actually been the most important, as they help whomever I’m talking to to address my knowledge gaps. And it’s never a bad thing to admit what you don’t know — it’s the only way to learn!

Everyone at Appian has been so approachable, even people who are higher up in the management chain, so don’t be afraid to reach out to them — even as an intern.

Sharing all of the behind the scenes greatness of #AppianLife across the world.