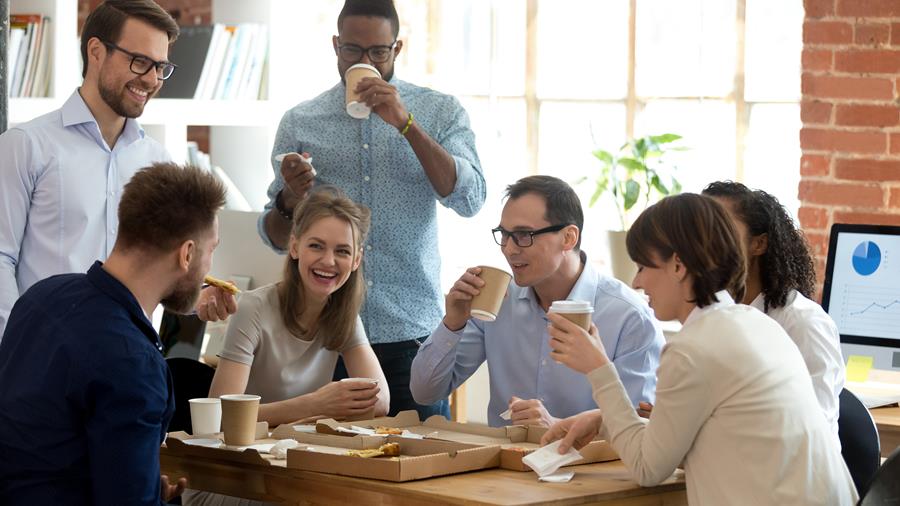 What do you think of when you hear the following words: women, pride, green, heritage, wellness, rise, and veterans?

These words mean something to a lot of people as many of them evoke emotions. But for many of us on the Appian team, these combined words make us think of our seven AppianLIFE Affinity Groups. And to many of us here, these groups mean everything.

Our Affinity Groups are responsible for organizing and leading a range of initiatives to advance Diversity, Equity, and Inclusion (DEI) at Appian; and today, we’re going to dive in and focus on just one of these initiatives: the AppianLIFE Book Club.

This book club and our discussions around one of our recent picks, Ijeoma Oluo’s So You Want to Talk About Race, have helped provide the tools to talk about racial injustice and racism with our colleagues. And we wanted to share more about what we’ve learned to help others having similar conversations at work and at home.

But first, before getting into more details, we’ll take a brief moment to introduce ourselves and explain why we’re writing this blog.

My name is Parmida Borhani and I’m a Senior Manager of Solution Engineering APAC here at Appian. I’m based out of Sydney, Australia, have been with Appian for four years, and I am the President of AppianWOMEN APAC.

And my name is Samantha Wettasinghe and I’m a Senior IT Engineer at Appian also based out of Sydney, Australia. I’ve been with Appian for the past six years and I am the Vice President of AppianWOMEN APAC.

The two of us were passionate about co-writing this blog post together because we feel that the AppianLIFE Affinity Groups help to make our company a better place. In addition, we both truly received so much meaning from the book club so far — and particularly from So You Want to Talk About Race — that we wanted to share some of these learnings with our Appian colleagues and others external to the organization so they can gain the same self-reflection benefits that we did from reading and talking about this book together.

So, with all of the introductions out of the way, let’s first off dive in to explaining what our Affinity Groups are all about:

What are the AppianLIFE Affinity Groups?

Each of the seven AppianLIFE Affinity Groups consists of a group of people linked together by a common interest or purpose. These groups play a vital role in articulating, promoting, and supporting the needs and goals of their various communities at Appian.

Here’s a short description of each of these groups and what they’re focused on:

You can learn more about each of these groups on our AppianLIFE Affinity Groups page.

As mentioned before, the AppianLIFE Affinity Groups are focused on a range of great initiatives to strengthen our culture and communities; however, in this blog we really wanted to take the time to hone in our AppianLIFE Book Club and talk about one text particularly that has sparked a lot of meaningful DEI conversations internally.

The AppianLIFE book club was an initiative started by AppianWOMEN out of our APAC region. It has since grown into a global undertaking, with various Affinity Groups partnering up in order to reach a larger community. Through the book club, we are able to connect with one another by reading the same book and by having candid discussions with other participants.

Here are a few of the books we’ve read so far this year:

The books we’ve read to date have sparked so many meaningful conversations and we feel lucky to work amongst people who are open to self-reflection and having uncomfortable conversations to broaden their perspectives. The reason why we started the book club is the same reason why we are here writing this blog post — to share and reflect on what we have learned in order to keep the conversation going.

Talking about racial injustice and racism at work

Ijeoma Oluo’s book, So You Want to Talk About Race, has sparked the most significant conversation so far this year. This was likely because people felt that they had questions that they needed to have answered after all the recent protests and heightened awareness around racial injustice. Some of these questions included:

Based on our read-through of the book, here are some of the takeaways that we found helpful to our discussions and understanding of race that might help you to have some productive conversations with those around you.

Four takeaways from So You Want To Talk About Race

1. In order to have a meaningful discussion, we need to have a common understanding of the definition of racism.

We used the definition that Oluo provides in her book: Racism is “any prejudice against someone because of their race, when those views are reinforced by systems of power.” While it may seem like a basic concept that shouldn’t need defining, we all should re-baseline our understanding of this word. According to Oluo, if you define racism as simply “prejudice against someone based on race,” then it becomes easy to look at racism as an individual problem, rather than as a more systemic issue that we can address.

2. Everyone experiences privilege in one way or another.

According to Oluo, “privilege in the social justice context, is an advantage or a set of advantages that you have that others do not.” Privilege exists in race, sexuality, gender, class, physical abilities, mental abilities, body type, etc. Any way in which society supports a trait more than other(s) is a form of privilege. Book club participants shared the ways in which they have personally experienced both sides of the privilege coin.

While the different areas that privilege can exist in doesn’t completely define a person or mean that we don’t all experience hardship as human beings, it is impossible to ignore that these classifications do shape a person’s experiences in unique ways. One person might be a cisgender, able-bodied, black female while another might be a queer, able-bodied, white male. Both of these people experience privilege and dis-privilege in different ways.

It is important to point out that our privileges and lack thereof “do not exist in a vacuum and can combine with each other, compound each other, mitigate each other, and contradict each other.” This is where privilege and the topic of intersectionality begin to mesh.

3. Everyone deserves a seat at the table and intersectionality accounts for this.

Intersectionality is a framework that helps us understand how different parts of our identities interact with one another to create unique experiences of discrimination and privilege. If we aren’t being intersectional in our discussions around racism (or any “ism”), then we aren’t advocating on behalf of everyone and risk, in the process, bringing harm or doing far worse for others. Acknowledging and keeping intersectionality in mind helps to ensure we are leaving fewer people behind.

Examples of microaggressions include racist jokes, body language (such as someone clutching their purse as another person walks by) or through comments. In the book Oluo recalls a painful memory from her younger years in which she told a friend that she admired her red lipstick. The friend’s response was that if Oluo wore red lipstick, she would look like a clown. It’s these small comments and behaviors that are so emotionally straining for the person on the receiving end that make them feel “less than.”

Microaggressions can seem so minor that they can easily be explained away as something so inconsequential that couldn’t possibly be harmful to anyone. Oluo compares this to a bee sting. A single bee sting, like a single microaggression, can be brushed off and the bee or the person can be forgiven. But imagine being stung by several bees, multiple times a day, every day. Your relationship with bees would likely be damaged.

Similarly, the person on the receiving end of microaggressions will start to feel more and more attacked by these hurtful behaviors. The comments become more confronting, and more pointed at the fact that the other person is different or that they don’t belong. The other and arguably more dangerous (and subtler) issue with microaggressions is that they normalize racism. They reinforce not only racist assumptions but also all of the negative consequences that accompany these assumptions and hold people of color back.

These are just a few of the biggest takeaways that stuck with us — but we highly recommend reading So You Want to Talk About Race for yourself! What we have provided here is only a fraction of what was touched upon in our discussion sessions and Oluo covers so many other valuable, thoughtful topics in her book. Eric Pierre, EMEA Technical Delivery Manager, voiced our collective thoughts best by saying, “You think you already know about racism (and other “isms”)? Read this book, you might be surprised. It provides an amazing insight, along with powerful definitions and structured tools on what racism is, how to talk about it, and how to fight it. Definitely a must-read.”

We’re glad to hear that those who joined these sessions felt that they benefited from them. In our survey to attendees after the event, 94% strongly identified with wanting to participate in more events like it. Our goal for the future of this book club is to have more diverse representation in discussions and involvement from leadership. We don’t want these conversations to stop and we want to be as effective as possible with them.

Through these AppianLIFE communities and our book club, we hope to have intersectional conversations and to reflect on our own role and responsibilities. With such a thoughtful and engaged employee base, we are excited to continue having effective conversations, enabling us to learn and grow together.

And finally, we owe a huge thanks to all who made time to read this book and join our discussions, to Nisha D’Amico and Monika Andonova for helping plan and coordinate this first-ever global book club event, to Jasmine Caracciolo, Annika Basch and Lizzie Rubenfield for moderating the breakout discussion sessions with us, and of course to Appian and the AppianLIFE Affinity groups for providing employees with a space to try and make the world around us a better one.