This Is What Happens When You Follow Your Passion 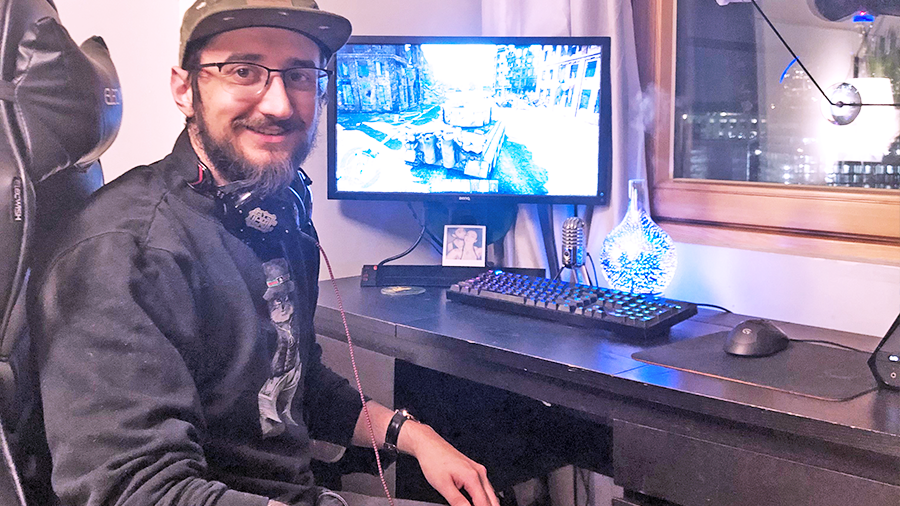 My name is Salim Khan, and I’m a Senior IT Engineer based in London! I relocated here in 2018 as the first IT Engineer in the region, and have been really enjoying my journey. I started my journey with Appian back in 2016, where I was based out of our Northern Virginia headquarters. Northern Virginia is “home” and where I spent 28 years of my life.

I attended college at George Mason University, where I earned my degree in Tourism and Events Management. As you can tell by my intro, that isn’t exactly where my career took me, but don’t worry — I’ll share more on that in a bit. I went through quite the whirlwind, and my hope is that my story will inspire others who are seeking a change in their career; whether within or without their control.

Where I Saw Myself Going

Best place to start my story is right around high school graduation. For those reading this that are local Northern Virginians, I attended W.T. Woodson High and graduated in 2007. My entire life plan was to join the United States Marine Corps (USMC), and I was committed to pursuing that as my career.

Around the time of graduation, I signed a contract for an infantry billet with the USMC Reserves, and was set to be stationed at Camp Upshur, Quantico with a mechanized infantry battalion called Delta Co, 4th LAR. The plan was to finish my first year in the Delayed Entry Program while attending college, then report for recruit training (boot camp) at Parris Island on May 12, 2008. My goal was to commission as an Officer after I graduated, but then my plans were completely altered.

In February 2008 I was in a horrible car accident resulting in a tear in my descending thoracic aorta, two broken femurs, and was in a coma for a month. At that time, I was also medically discharged from the military. My life-long vision to join the United States Marine Corp was gone in a blink of an eye. It was an extremely long and difficult recovery, especially while still working to earn my college degree. However, I persevered through this time, graduated from GMU, and began my career in the hospitality industry. Quickly, though, I learned it wasn’t the right fit for me.

How I Found A New Path

Okay, so you may be wondering, If you were passionate about joining the USMC and had an interest in Tourism and Events management, how did you end up in IT? Well, ever since I was 12 years old, like many kids, I loved playing online computer games. This was also the age I built my very first computer. Ever since that first PC build, I became extremely interested in computers, how to fix them and how to best build them. In the process, I taught myself quite a lot of the basic IT skills that ironically became the foundation for my career and passion today.

After some reflection, I decided to go for it and dove straight into IT Certification courses all while working late afternoon and night shifts at a luxury property as a Front Desk Concierge. I was still at the same time attempting to get notes from doctors, and get my physical fitness scores good enough to see if I could still potentially join the Marine Corps, but life had other plans.

I came across an opportunity with Appian to join as an Associate IT Engineer, and was given an opportunity that to this day I attribute to being one of the most important events in my life.

How It’s Been Going

I spent the first two years at Appian working out of our old headquarters in Reston, Virginia, trying to make the biggest impact I could for my team and the organization as a whole. In late 2017, leading into 2018, I was asked if I’d be interested in relocating to our London office to be the very first IT Engineer in the region. I know I mentioned coming to Appian was one the most important events in my life, but this moment was also pretty high up there. Being sent to London has also enabled me to have adventures with my fiancé all over Europe, which has been amazing!

As an IT Engineer, I have many different responsibilities which includes resolving IT tickets, working on projects, and managing different systems. Myself, and one other Engineer, are primary for the EMEA region, and the London office. So if any hardware needs to be repaired, replaced, or deployed in this region, that is our job!

Something I really have enjoyed in this function has been getting to work with the latest technologies in the industry, and getting experience with the amazing hardware that we deploy to our employees around the world. It is always really cool to be able to get my hands on the latest models of laptops too.

I couldn’t write a blog post without highlighting my team. Quite frankly, they’re some of the best people I know. The things I enjoy most include the overall feeling of camaraderie we have, the ability to learn so many new skills, and the opportunities that I have been given in this department. We’ve all become so close, and it has really been an amazing adventure being with Appian IT. Thank you all for an amazing almost 4-years.

“Excuses will always be there for you, opportunity won’t.”

This is my mantra. Oftentimes it takes a little shake up, similar to mine, to open your eyes and see that the passions you have right in front of you can truly turn into something impactful. It took a lot of hours, focus, passion and energy to switch career paths but it resulted in me being here, at Appian, where everyday I get to make a difference. While my original career plan was quite different, it feels good to know that I’m exactly where I’m supposed to be.